An LGBT+ Guide to Edinburgh

This is a quick guide to Edinburgh for LGBT+ people, telling you about both well-known gay areas and more niche queer friendly places. From bookshops to club nights, from drag shows to historical sites this guide has you covered.

A vibrant and diverse city and LGBT+ people

Edinburgh is a great city for LGBT+ people to visit. While Scotland for a long time had a reputation as a quite socially conservative corner of Europe, attitudes have changed dramatically over the last forty years.

The International Lesbian and Gay Association last year ranked Scotland as having the second highest legal equality for LGBT+ people anywhere in Europe, higher than the rest of the UK. Scotland is also a country with increasing representation of LGBT+ people, especially in politics – until recently 3 out of the 5 political parties in the Scottish Parliament had leaders who identified as LGBT+.

Edinburgh itself is a vibrant and diverse city and LGBT+ people will most likely feel, especially in central areas, safe and accepted like any other visitor. 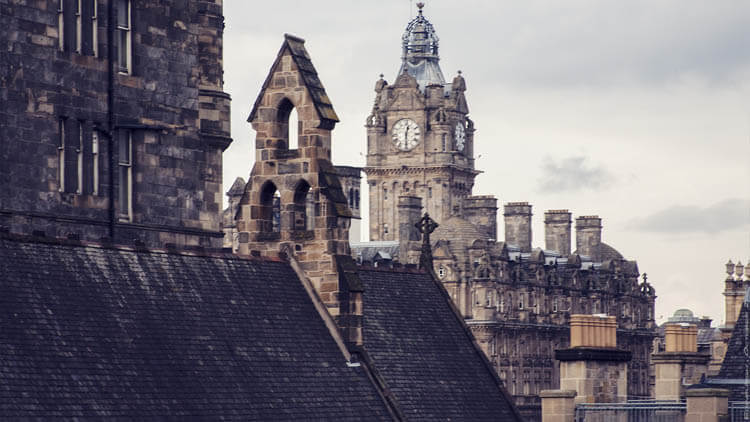 LGTB+ areas of the city

While LGBT+ should feel welcomed anywhere in the city, there are two particular gay areas of the city. The first is the so-called ‘Pink Triangle’ of streets near where Leith Walk meets York Place. Around here are most of Edinburgh dedicated LGBT+ bars.

The most well-known is CC Blooms, Edinburgh’s main gay club, but also in the area are several other bars most of which have some space for dancing, including The Street, GHQ and Planet Bar, the last of which is more aimed at women. CC Blooms is busiest on Friday and Saturday nights, as well as on Tuesdays when it hosts a weekly, and extremely popular drag show. For those looking for a slightly quieter night, the Regent Bar is a relaxed gay pub a short walk away.

The other area, near the University of Edinburgh’s central campus in Bristo Square, is less clearly defined. Paradise Palms, a quirky gay bar that tends to draw a relatively young crowd, can be found on Potterow. They serve some great cocktails, as well as an all-vegetarian menu. You can also check to see if nearby clubs are holding their LGBT+-related nights while you’re visiting such as XOXO at the Edinburgh College of Art’s Wee Red Bar, LipLine at Espionage or Hot Mess at Sneaky Pete’s. 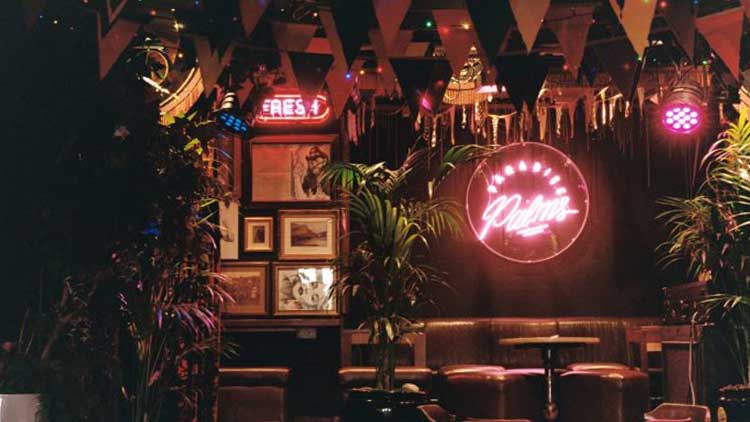 Nearby is Lighthouse, Edinburgh’s last radical bookshop. In the late 1970s and 80s Edinburgh has several radical bookshops and they were a key meeting place for the organisation of political action that helped to turn Scotland into the far more liberal country it is today. It even included one dedicated gay bookshop, called Lavender Menace. While most of these bookshops have gone, Lighthouse is still going strong, and it even has a resident dog – as any good bookshop should.

Also nearby is another piece of Edinburgh LGBT+ history. In George Square you can find the University’s Catholic Chaplaincy, the basement of which was the rather surprising location for the first gay discos in Scotland.

Finally there are two particular times of the year that are a particular attraction for LGBT+ people. The first is Edinburgh Pride, which occurs each year in June and includes a march of thousands up to Royal Mile and parties all over the city.

There is always a strong level LGBT+ representation at the festival and you’ll also be able to see thousands of fantastic performers of all genders and sexualities.

With a month of festivities like that it’s hardly surprising that Edinburgh is a great city for LGBT people to visit, whatever time of year you decide to come.