It was the world’s first public science festival when it began, but Edinburgh’s connections to science go back way further. Some of the greatest and most influential minds in science have walked these streets. Here are just some of our favourites.

Darwin attended the University of Edinburgh’s Medical School. He never actually graduated and skipped a lot of his classes, in part because he found his lectures boring. Despite being a less than ideal student the University has named a building after him – clearly, all it takes for a university to forgive a slacker is that they completely revolutionise the field of biology by coming up with the Theory of Evolution.

Although his formal education in Edinburgh was not a great success, Darwin was still greatly influenced by his time here. He learnt taxidermy from an ex-slave who had been on expeditions in South America, and got involved in a radical natural history society which questioned orthodox religious views on science.

Born and educated in Edinburgh before moving to North America as a young man, he is famously credited with inventing the telephone. The company he started as a result, the Bell Telephone Company, eventually evolved into AT&T, which is still going strong to this day. While many people now use Bell’s invention to keep in touch with loved ones, this wasn’t an option for Alexander as his wife was, ironically enough, deaf.

James Clerk Maxwell is not as famous as some of the other people on this list but he remains one of the most important physicists to have ever lived. Einstein, in fact, admired him so much that he kept a photo of him in his office. Maxwell wrote his first scientific paper at the age of 14, he was the first to prove that Saturn’s rings were composed of pieces of rocks rather than a liquid or single solid and is credited with taking the first ever colour photo (it’s of a piece of tartan ribbon, because he was a true Scot).

However, his greatest contribution to science is his work in unifying the separate understandings of light, electricity and magnetism in to his theory of electromagnetism. This is the basis of other theories such as quantum mechanics, special and general relativity, as well as some more ordinary things like televisions, radios and mobile phones.

Obviously, as a sheep, Dolly is not the brightest creature ever to live in Edinburgh and, if you go and look at her taxidermied remains in the National Museum of Scotland, she may not look like much. However, she is incredible special. Dolly, named after Dolly Parton, was the first mammal to ever be cloned from an adult cell. She was cloned at the Roslin Institute just outside of Edinburgh and spent her entire life there, until she died in 2003, aged 6. While there has not been a mad rush towards cloning since Dolly, her creation has had important impacts in other areas, particularly stem cell research. 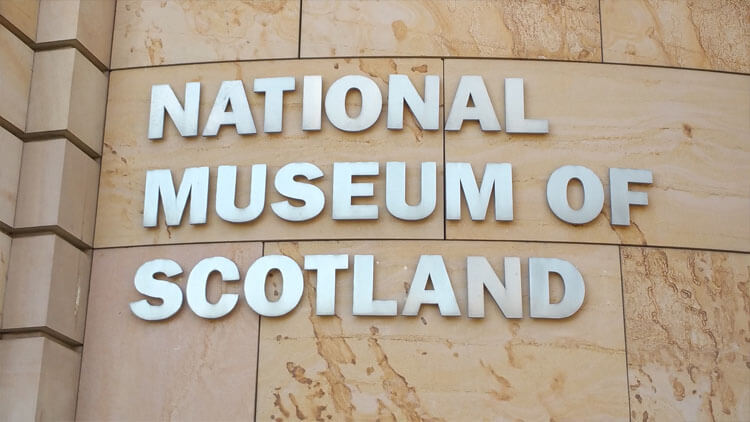 Sophia Jex Blake applied to study medicine at the University of Edinburgh in 1869, however the University, which at that time admitted no women, refused her application. Its basis for this was that it could not make the special arrangements that would be required for female students if it only had one. Blake was undeterred by this, and advertised for other women to join her. A total of seven women applied to also study medicine and eventually the University decided to admit them. In doing so it became the first British university to allow women to study at the undergraduate level.

Their admittance was so controversial that a riot broke out when they tried to sit an anatomy exam and the university refused to allow them to graduate, despite the women consistently performing better than most of their male colleagues. Jex Blake, however, continued to study and graduated elsewhere. She went on to set up two medical schools specifically for women, one of which was in Edinburgh.

Peter Higgs’ name is famous because of the particle whose existence he theorised back in the 1960s: the Higgs Boson. After it was finally proved to be real back in 2012 by the Large Hadron Collider in Switzerland, the largest experiment in human history, Higgs was award the Nobel Prize. Higgs conducted almost all of his academic career in Edinburgh, and still lives in the city to this day. He actually planned to go on a hillwalk on the day the Nobel Prize was announced so wasn’t home to take the call and only realised he had won when a neighbour congratulated him. 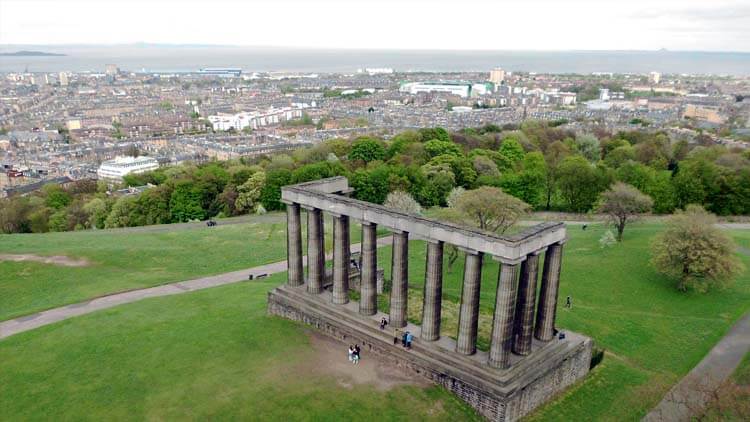 Edinburgh has a great heritage of investigation across all the scientific disciplines, so while you’re here you should probably get dug into some science yourself.