Fantastic Sites and Where to Find Them: Harry Potter in Edinburgh

She intended to only come for Christmas, but ended up staying and lives in the city to this day.

Understandably, Edinburgh is rather proud of its deep connection to ‘The Boy Who Lived’, and in many gift shops around the city you will find Gryffindor scarves and magic wands. However, perhaps even greater than the impact of Rowling on Edinburgh is the impact of Edinburgh on Harry Potter.

Rowling wrote most of the early Harry Potter books in cafés around the Chambers Street area. Whilst some have said that this was because she was so poor she couldn’t afford heating in her cold Edinburgh flat, Rowling says the real reason was that she enjoyed the atmosphere of cafés more and that her young daughter would only go to sleep after a walk.

Of the cafes she worked in, The Elephant House is certainly the one that most prominently asserts its claim as the birthplace of Harry Potter. Hung on the walls are photos of Rowling writing away in the café, and also on display is a signed first edition of ‘Harry Potter and the Philosopher’s Stone’ dedicated to the Elephant House café.

The best bit of the whole place though – and you can’t say this for many establishments – is probably the toilets. If you go in there you will see they are absolutely covered wall-to-wall, floor-to-ceiling with little messages that visitors have written: favourite quotes from the books, wizarding jokes and whole paragraphs about how much Harry Potter means to them. It’s extremely touching and, if you are a Harry Potter fan it will make you feel right at home.

When you’re sat in the Elephant House you will notice that its largest window gives a wonderful view of Edinburgh Castle. It seems extremely likely that it was an inspiration for Hogwarts Castle. Hogwarts is described as being “perched atop a high mountain”, and Edinburgh Castle certainly fits that description, having been built on top of an extinct volcano.

Hogwarts is also meant to be around a thousand years old, and the oldest standing building in Edinburgh Castle, St Margaret’s Chapel, is just a little bit younger than that at nine hundred years old.

If you go up to the castle it will also give you a great view over another possible inspiration for Hogwarts’ architecture, a school called George Heriot’s. Its turrets, courtyard and grand stained glass windows might well have inspired Rowling, especially as it is only a few minutes’ walk from the Elephant House. 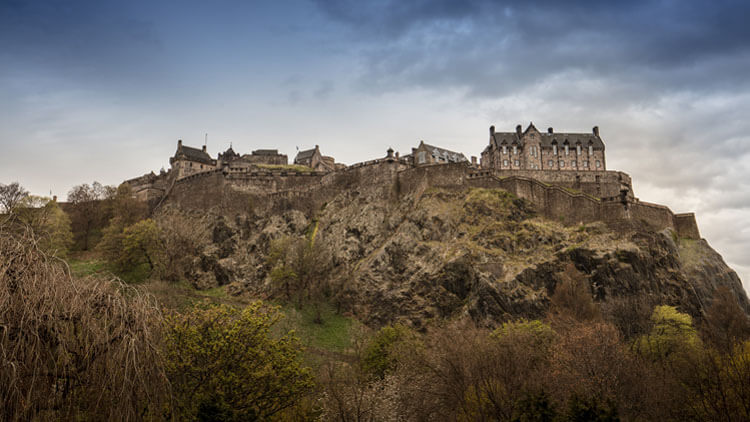 From the castle you will also be able to see Greyfriars Kirkyard. This is one of the places that JK Rowling walked with her young daughter – and it seems that consciously or subconsciously the gravestones inspired the names of several prominent Harry Potter characters. Here graves can be found with names that will be familiar to any Harry Potter fan: McGonagall, Moodie and, most excitingly, Thomas Riddell. Tom Riddle, as any Harry Potter fan will tell you, is Lord Voldemort’s original name.

The McGonagall grave is actually that of William McGonagall, a Scot famous, unfortunately, for being possibly the worst poet ever to write in the English language. He was wildly popular in his day – not because he was any good, but because his poetry was so terrible that people actually found it extremely funny to listen to. Fortunately the work of JK Rowling meant the name ‘McGonagall’ is now attached to a more well-regarded pieces of literature.

These graves can be quite hard to find so it’s worth coming on our daily 1pm Free Tour where your guide will take you right to them. 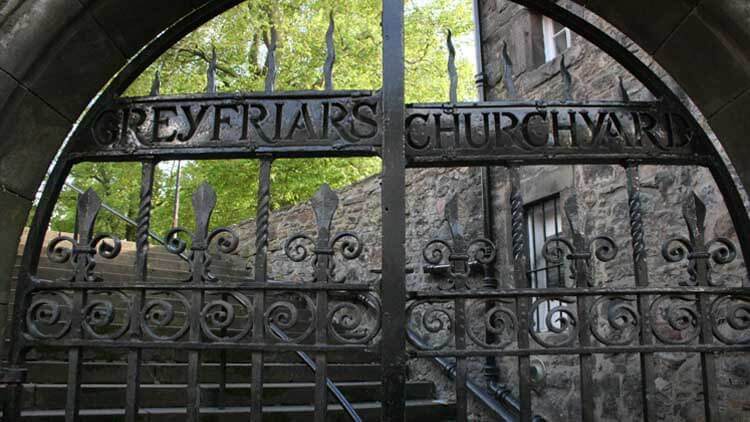 The Balmoral on Princes Street is one of Edinburgh’s grandest hotels and Rowling actually stayed here to finish off Harry Potter and the Deathly Hallows. The rooms where she stayed are now called the JK Rowling suite and contain a marble bust on which she scrawled a message to mark the moment she finished. Staying there costs nearly £1000 per night, so if that’s just slightly outside your budget you may prefer to visit the hotel for some afternoon tea instead. 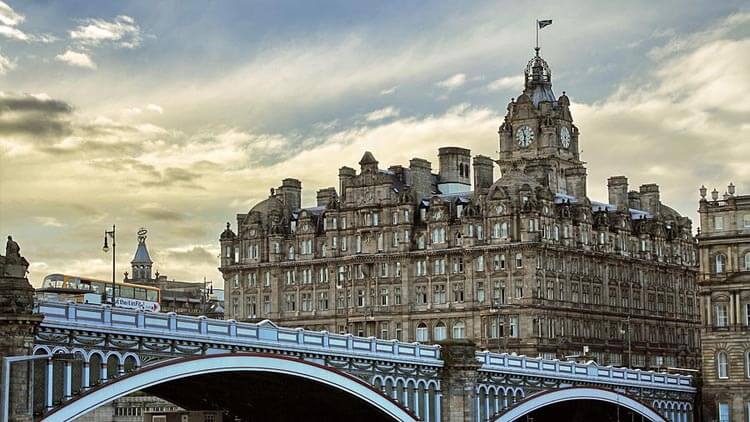 Come to the Free Harry Potter Tour to explore the magic world that inspired JK Rowling to create the Universe of Harry Potter.