What is a Full Scottish Breakfast?

Many people will be familiar with a full English breakfast, or a ‘fry up’ as it’s often known, consisting of bacon, sausages, fried eggs, baked beans, fried tomatoes and mushrooms, and buttered toast.

However, north of the border in Scotland, you will still get all of the above items in your fry up, but with a few extra surprises in store - the theory behind this large, somewhat fatty breakfast, is that people needed to bulk up with plenty of hot food in the freezing Scottish weather conditions!

Anyway, if you ever want to try a full Scottish breakfast, as well as the items listed above, it also includes…

It may have ‘pudding’ in the name, but this is not a sweet dessert item. As well as the meaty bacon and sausages, a Scottish breakfast will normally include black pudding, which is a type of blood sausage. It’s made from beef suet or pork fat, mixed with blood and lots of oatmeal, and can be grilled, fried, or boiled.

It’s formed into a sausage-like shape, in a synthetic casing, then served by cutting slices from it. Black pudding is found in English breakfasts too, but it is thought that the dish originated on the Isle of Lewis, and Stornoway black pudding made here has been granted Protected Geographical Indicator of Origin status.

Or as locals call, it square sausage. This is pretty much what sounds like; minced pork and beef meat, which is pressed into a flat, square shape, about 1cm thick. You often get regular link sausages with a Scottish breakfast too (plus the black pudding blood sausages!), because you can never have too much of a good thing! Many Scots though will show a strong preference for square sausages, and will be highly dissatisfied if their breakfast doesn’t include these.

If you’re familiar with the Scots tongue, you’ll know that ‘tattie’ means potato, which is unsurprisingly the main ingredient in tattle scones. Don’t confuse them with regular scones though, as these are certainly not a sweet, afternoon tea treat - though they are still delicious!

It’s a flat, savoury item, normally cut into quarter circle shapes, made from mashed potatoes and flour, which are made into dough and fried on a griddle. A fry up often comes with fried potatoes as well, if that wasn’t enough for you! 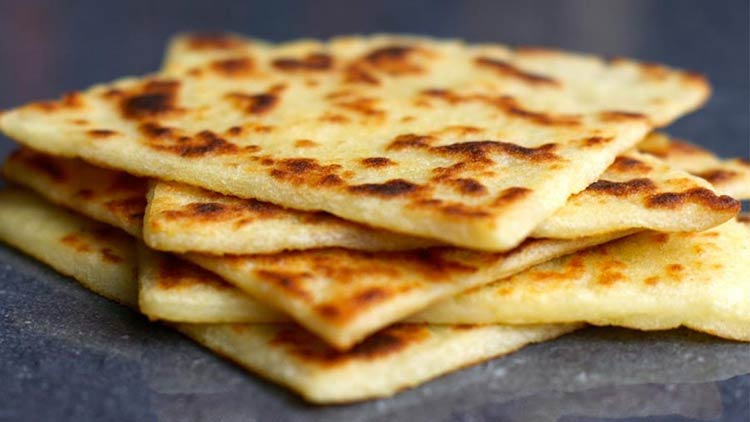 These are not mandatory in a Scottish breakfast, but you might still come across them. Haggis is the national dish of the Scotland, and is served in all kinds of variations - even on pizza or nachos! - so it shouldn’t be surprising that we’ll eat it for breakfast too!

For those who don’t know, it’s made from sheep heart, lungs, and liver, mixed with grains and spices, then stuffed into the sheep’s stomach (or a synthetic casing) to be cooked. White pudding is similar to black pudding, but without the blood - only pork meat and fat, bread, and oatmeal go into this one, then it’s made into a large sausage and served by the slice.

Again, this item isn’t found as often as the others listed, but it might still show up on your breakfast plate in some places. The Scottish eat oatcakes on many occasions, so again, it shouldn’t be surprising that they can be included in breakfast!

They’re made on a griddle or by baking rounds of oatmeal, with a little butter and water, into hard, circular, biscuit-like ‘cakes’. Generally served as a replacement for toast, they normally come with butter, cheese or jam on top.

As well as the full cooked Scottish breakfast, there are a few other regional breakfasts foods you could try while visiting the country!

Porridge is eaten throughout the UK, but has become most popular as a breakfast food in Scotland, as oats are easy to store for long periods of time, and the warm, hearty dish serving as a good morning meal in the often freezing weather conditions! Porridge has to be made with porridge oats - not the same as the oatmeal used to make oatcakes! - which are traditionally boiled in a pan with water and salt, though many people prefer to use milk and sugar instead.

Tradition says it must be served in a wooden bowl, as this keeps it warm, stirred with a wooden rod called a spurtle, and only eaten while standing up. Traditionalists also say it should only be served as it is made, with water and salt; but many people add different toppings now, including syrup, honey, fruits, jam, or even a splash of whisky! 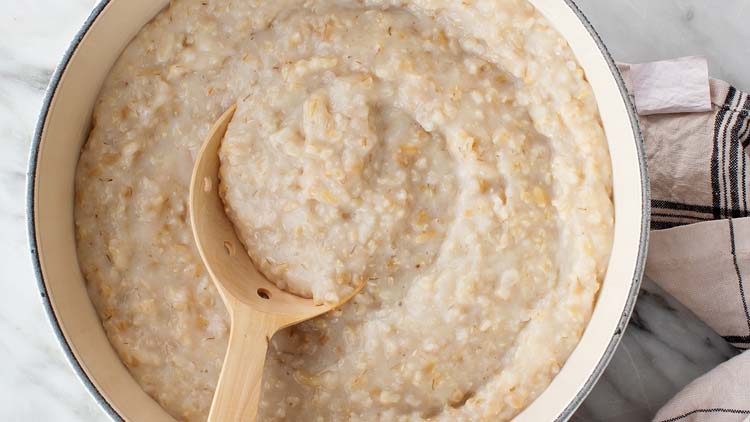 Start your day with some hearty Omega 3 oils, by choosing kippers for your breakfast. These are whole herrings, served cut down the middle from head to tail along the dorsal ridge. They’re most popular in coastal towns and islands, where the herrings can be caught fresh each morning. Kippers lost popularity for a while, largely due to their pungent smell, but are found on breakfast menus more often again now. This isn’t an exclusively Scottish choice, as it’s eaten across the UK, though Scots will often serve them with oatcakes; for a truly Scottish fish breakfast, try Arbroath smokies.

These haddock, which are dried and salted, then smoked inside wooden barrels, and are usually served with toast. The dish originated in the fishing village of Auchmithie, a few miles north of Arbroath, on the east coast, and like the Stornoway black pudding, these have also been granted Protected Geographical Indicator of Origin status!