The royal park of Holyrood, a must-do while visiting Edinburgh

Parks and gardens/Top 10
Climbing Arthur’s Seat, the massive extinct volcano dominating Edinburgh’s skyline, should definitely be on your to-do list when visiting the city!

Hill walking in the city centre

You can enjoy Holyrood Park no matter your ability level, as there are pathways and routes to suit everyone.

Arthur’s Seat is the highest point, at 251m; the most popular route up is the sloping path up the north face, or you can tackle the steeper stairs from the south side - the fittest folk even run up!

The final stretch to the very top, over the rugged rock formations, is the most challenging part, but definitely worth it!

You could also try the Salisbury Crags, at 46m in height, which offer an alternate route with a gentler, sloping path across the top of them, or you can view them from below on Sir Walter Scott’s Radical Road.

For the most relaxed options, you can follow some of the other, more level pathways traversing the park, and check out Duddingston Loch, with its abundance of bird life, to the southern side of the park. 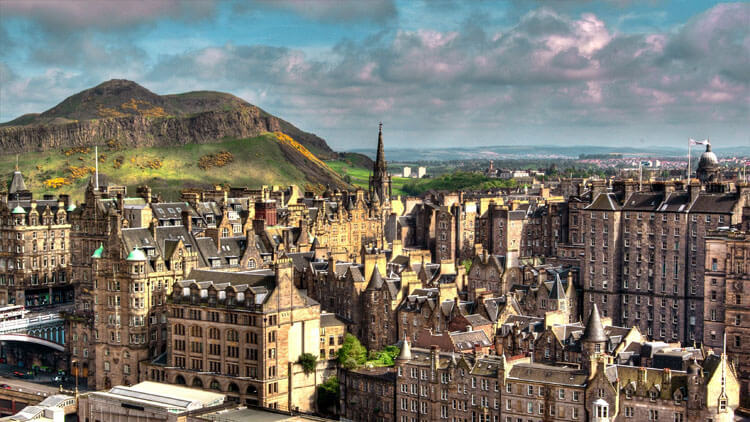 You can get some of the best views of Edinburgh from Holyrood Park, seeng as far as East Lothian, the North Sea, and the Kingdom of Fife on the other side of the Firth of Forth. The summit of Arthur’s Seat offers a 360 panoramic view, but there are plenty of great photo locations to discover throughout the park.

If you’re in Edinburgh in November, head up to the Salisbury Crags on Bonfire Night (5th Nov), to watch firework displays happening all over the city.

Or, you can join the crowds that tackle Arthur’s Seat early in the morning during summer, to watch the sunrise, an especially popular excursion in August, after having stayed out all night at Festival Fringe shows and parties! 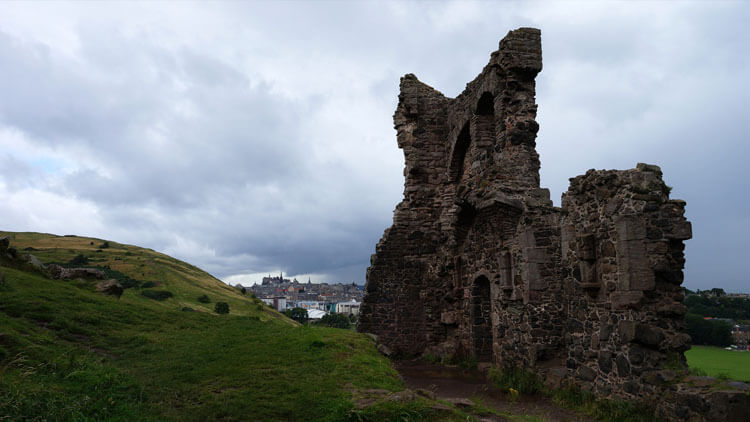 For anyone interested in mythology, Arthur’s Seat has plenty of fascinating stories connected to it. The most popular is that its name derives from the legendary King Arthur, and this was once the location of Camelot.

A Celtic legend claims that the hill is actually a dragon, who curled up and fell asleep, never to wake again - this sort of makes sense, since it was once a fire breathing volcano!

Another claims that a giant names Arthur once roamed these lands, and literally used the hill as his chair. 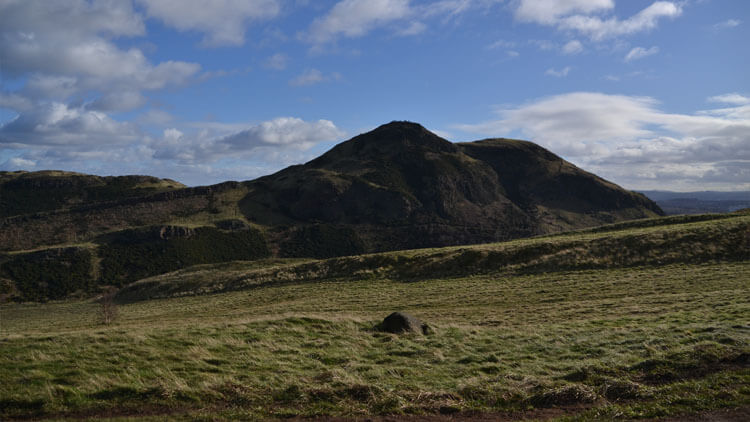 As well as legends, there are some true stories from the park as well; in 1836, seventeen miniature coffins containing wooden figures were discovered buried in the cliff side. No one knows for sure why they were put there, but a common theory is that they are somehow connected to Burke & Hare, who murdered seventeen people to sell their bodies to the medical school!

Holyrood Park is situated at the lower end of the Royal Mile, behind the Palace of Holyrood House. You will most likely approach the park from that direction, but Queen’s Drive encircles the park, and you can also access many of the paths through it from other points around this road.

Get directions to Holyrood Park.

Come prepared, as the paths can be uneven, slippery, and dangerous at times, especially in bad weather (rain or snow), and it can be very cold at the top, due to strong winds, even in summer!

The historic ruins throughout the park, including those of St Anthony’s Chapel, and a prehistoric hill fort from over 2000 years ago.