Getting around Edinburgh by bicycle

Transport/Things to do
You can travel around Edinburgh using its large network of cycle lanes, which cover both the city itself, and the many towns and villages in the surrounding areas.

These cycle lanes are designed to make it easy for you to navigate the city by bike, as they run separate to the rest of the traffic on the roads, and pass through many of the city’s parks when possible. Some of these include Holyrood Park and the Meadows.

You can also explore the cycle path running alongside the Water of Leith, the river that traverses the north of Edinburgh, which can therefore act as a bypass for cyclists, to travel across the city with ease, away from the other traffic. You can enter and exit this route at various points, most of which connect to other cycle lanes to take you elsewhere in the city, and are all clearly signed. 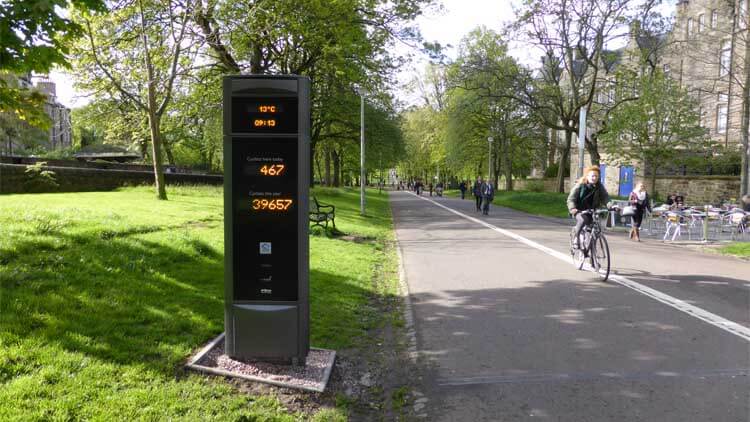 You can take your bike on the tram at most times, except during rush hours (7.30-9.30am, 4.00-6.30pm), and during the Festival in August. Only folding bikes placed inside a carrying bag can be taken on Edinburgh’s buses (operated by Lothian Buses), and must be stored in the specified space for them. 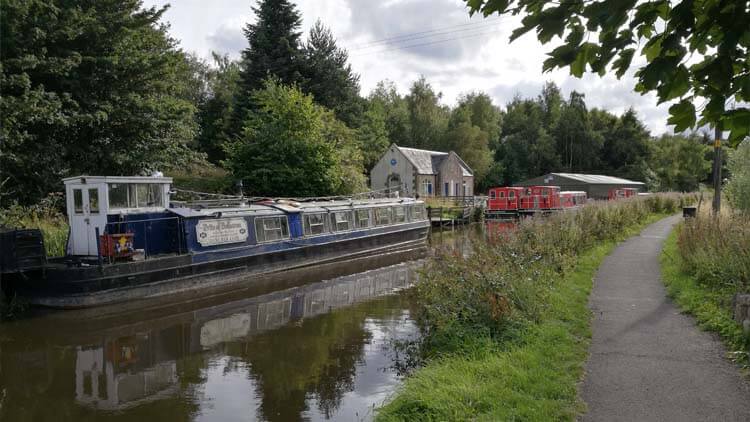 As well as the cycle lanes in the urban area of Edinburgh, you can also make use of the many bike routes leading out of the city centre, to the surrounding areas and towns, which are well signed and easy to access - here are some suggestions below.

If you start the cycle route NCN 1 from near Haymarket Station, and travel north, you will reach South, and then North Queensferry. The route is 10.5 miles (16.9km) long, with little traffic on it, and you will travel along a woodland path, that was originally a railway line. South Queensferry is a small town on the shores of the Firth of Forth, close to the iconic Forth Bridges.

You can then cross the Forth using the cycle lane on the Forth Road Bridge, the crossing also used by pedestrians and public transport, to reach North Queensferry, another small village on the other side of the water. You should take time to explore both villages, for a day out of the city centre, and you can enjoy excellent views of the Forth Bridges from both of them. 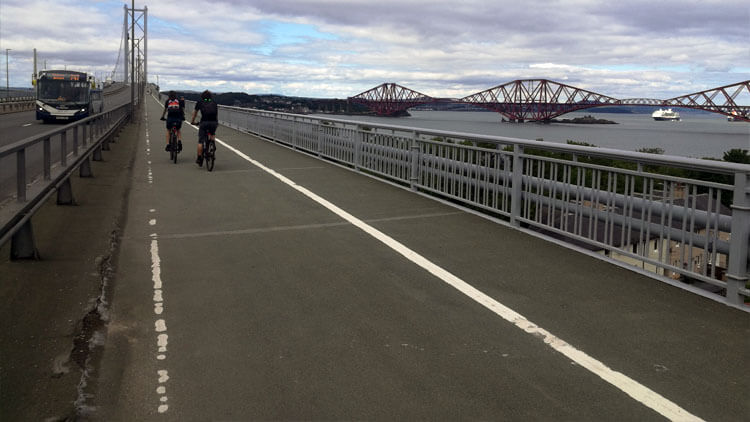 From either North or South Queensferry, you can return to Edinburgh by following the same route, or by catching a train to either Haymarket or Waverley Station.

You can also explore the NCN 1 cycle route going out of Edinburgh in the opposite direction, which you can join from numerous locations, including St Leonard’s Street, Greyfriars Kirkyard, or the Meadows. This route connects the city to the town of Musselburgh, to the east, and is about 5 miles (8km) long, and free from other traffic.

Along the NCN 1, you will travel along old train lines, and near the start of this portion of the route, you will pass through a 320m long tunnel, which used to be part of the Innocent Railway, built in 1831. You will also pass through the Queen Margaret University campus, not far from Musselburgh.

From Musselburgh, you can return to Edinburgh on the same route, or by catching a train to Waverley station. 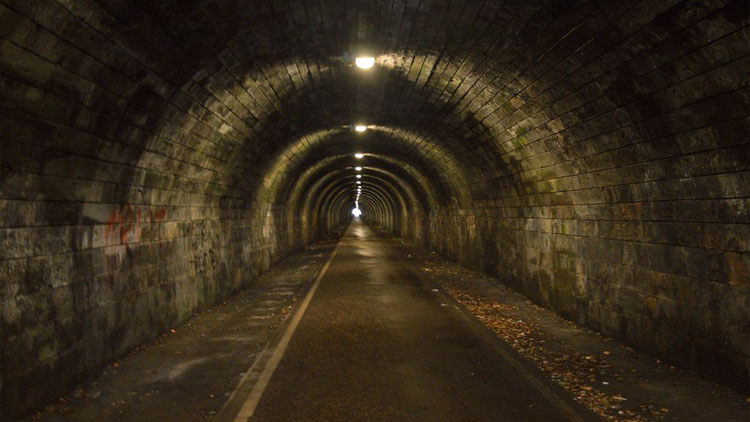