A Beginner’s Guide to Whisky in Edinburgh

Blog
There is no drink more synonymous with Scotland than whisky. The word is originally from Scottish Gaelic – uisge-beatha which literally means ‘water of life.’ That gives you an idea of how seriously we take this stuff in Scotland.

As you can imagine there are lots of great places to drink whisky in the capital, but it can be a little intimidating to get started due to the massive variety of whiskies in Scotland. Here then is a couple of tips to get you started.

Scottish whisky varies dramatically across the country, and with nearly a hundred distinct distilleries you might well find that you love some whiskies and can barely swallow others. The whisky regions are a good guide to help you find a whisky that you actually enjoy.

Speyside and Lowland whiskies tend to be fruitier or lighter which people who are not so used to drinking spirits undiluted normally find more palatable. Whiskies from the Highlands and Islands, especially Islay (pronounced eye-la), are normally smokier and heavier which can really burn the back of your throat – great for cold days.

If you want to try a local whisky the Glenkinchie distillery is just 30 minutes from Edinburgh. (Like most distilleries, they also offer tours so you if you’re really keen on whisky you can go behind the scenes).

Asking for the bartender’s guidance can really help get you a whisky that you enjoy, and having in mind a region or whether you want something smoky or fruity will help them to advise you. 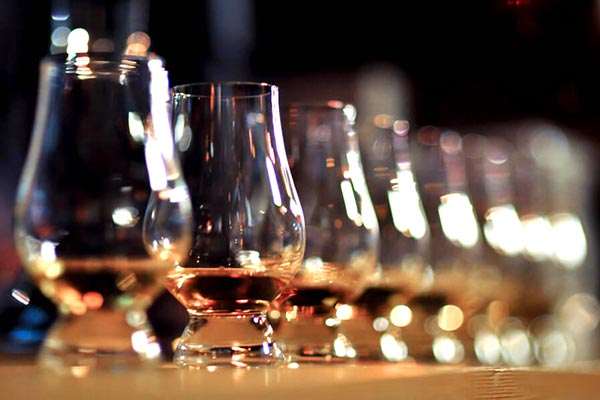 There’s some terms that go alongside whisky that can seem confusing at first. Some of these are little things – for example most people when drinking whisky in Scotland tend to not say cheers but instead the gaelic equivalent: slainte (pronounced slaan-sheh).

Some of terms, such as ‘blended’ and ‘single malt’, can be important to understanding what exactly you are drinking.

Single malt means that it is a whisky exclusively made using malted barley and is the product of just one distillery.

Blended whiskies are, as implied by the term, a blend of several whiskies some of which are made from malted barley and some using other grains.

Blended whiskies tend to be cheaper to produce and so can be great value, although if you are wanting really high quality whisky you may want to stick to single malts.

Ages of whiskies can also be something that people find confusing. They can vary hugely, from as low as 3 years (although you are extremely unlikely to find ones that young in a bar) up to 21 years old or even older.

Older whiskies are more expensive and also tend to have more intense flavours, but once older than about 10 years it’s more a matter of personal taste, rather than that older whiskies are necessarily better than younger ones.

Another important thing to note is that in Scotland we call Scottish whisky just “whisky” – never “Scotch” or even “Scotch whisky”. There is no other kind as far as we are concerned. 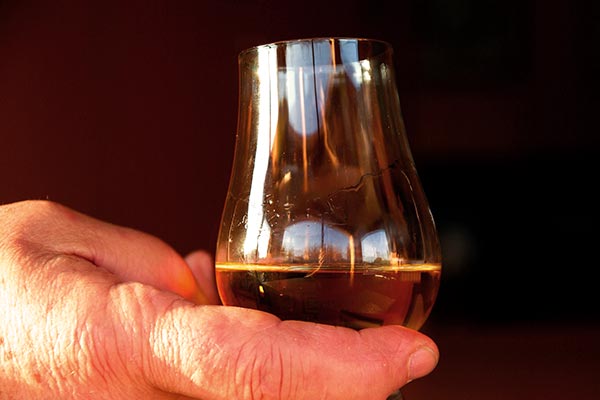 3. Don’t be afraid to experiment

There are not just lots of types of whisky to try, but also lots of ways to drink it. The orthodox way to drink whisky is with it at room temperature (so definitely not a “scotch on the rocks”) with a small amount of water added to release the flavour.

However, there is no reason to restrict yourself to just one way of drinking whisky. Like any other spirit it can be great in cocktails or mixed with a soft drink. It can also be extremely enjoyable to have in a hot drink, such as hot chocolate, as a great way to warm up.

4. Find a good place to drink

Almost any bar or pub in Edinburgh will have a selection of whiskies you can try. Certain bars will only have a few, others have almost nothing else.

You can go to one of the many places on the Royal Mile that offers whisky tastings, such as the Scotch Whisky Experience where you will be guided through tasting different whiskies.

You may have more fun, however, just going to a bar with some friends and each buying one or two different whiskies and swapping them about to taste them all.

There are a lot of great bars in Edinburgh that specialise in whisky. The Whiski Rooms on North Bank Street is a beautiful bar and restaurant with over 300 malt whiskies. If you fancy more of a traditional pub then you might fancy the Dagda Bar on Buccleuch Street.

For whisky based cocktails, you’ll find some of the tastiest in the Dragonfly Bar just off the Grassmarket. There are, of course, many, many more you could go to. 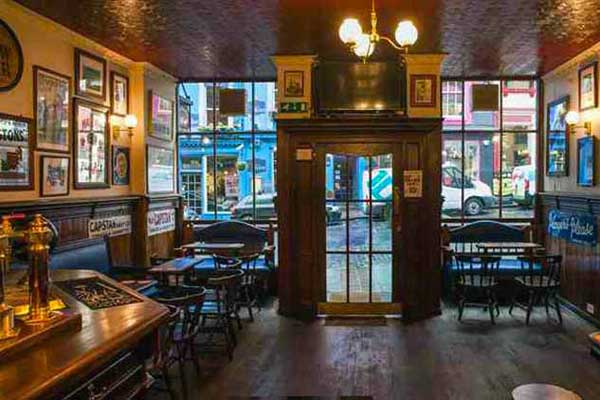