Kirks and graveyards
The oldest building remaining in Edinburgh is St Margaret’s Chapel, dating from c. 1130, located inside Edinburgh Castle.

There is evidence to suggest that people have lived on Castle Rock for possibly 2000 years, but the oldest building remaining in Edinburgh is St Margaret’s Chapel, dating from c. 1130, located inside Edinburgh Castle.

It was built by King David I, in dedication to his mother, Queen Margaret. This was also around the same time Edinburgh was officially formed as a royal burgh by the king, and construction of the rest of the castle began.

Many of the other buildings in Edinburgh Castle were destroyed during battles over the centuries, in particular, when Robert the Bruce captured the castle in 1314 and had most of it destroyed, sparing only the chapel, and again during the Lang Siege of the 16th century.

Most of the current buildings you will see in the castle date from the 16th century or later, making St Margaret’s Chapel both the oldest remaining building in the castle and the city. 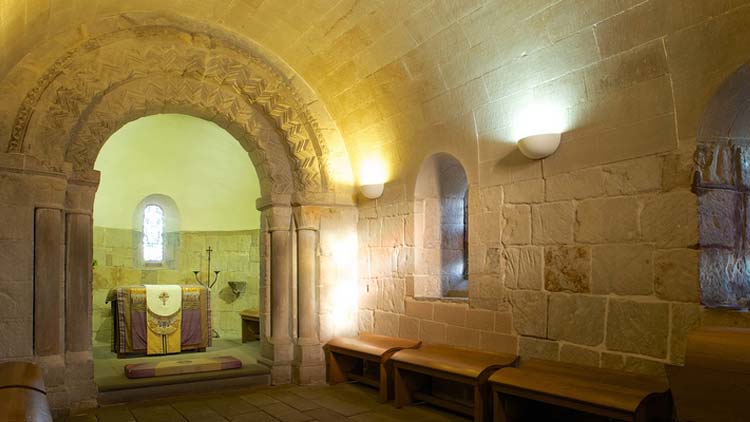 As you will see, the chapel is a small building, found in the upper levels of the castle, and was used for prayer by the Scottish Royal Family. It is very simply designed inside, and the chancel arch is still the original structure.

It fell into disuse after the Reformation, and during the 16th century, the chapel was used as a gunpowder store, and then forgotten about for many years. It was rediscovered in the 19th century, and restoration work was undertaken by the antiquary, Sir Daniel Wilson.

The ten wooden benches inside were commissioned for the 900th anniversary of St Margaret’s death, in 1993, along with an alms-chest, flower stand, and display case for a replica of St Margaret’s gospel book.

As a chapel, the building was generally used for private worship by Scottish Royals, not public services. Edinburgh Castle falls within the parish of Canongate Kirk though, so the minister of Canongate will conduct ceremonies inside the chapel from time to time.

Nowadays, it is still used for baptisms, weddings, and St Margaret’s Day (16th November) services for the members of St Margaret’s Chapel Guild. Members of the Guild look after the chapel, and ensure that there are always fresh flowers inside. 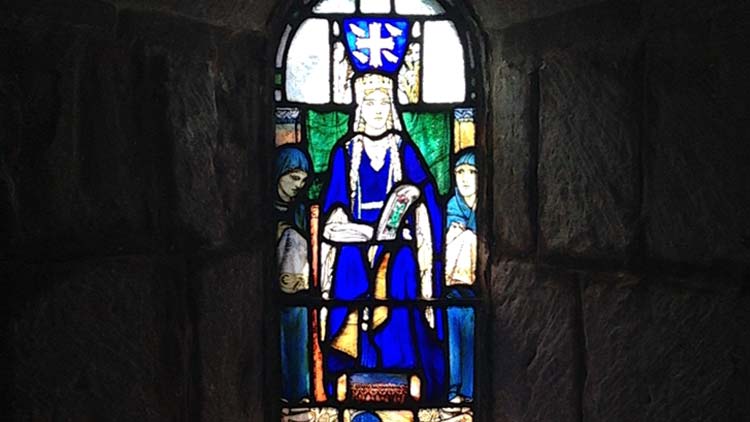 You will find the chapel open to the public as part of visits to Edinburgh Castle; you must buy a ticket to enter the Castle, as it is not possible to get to the chapel any other way.

You can access Edinburgh Castle by going up the Royal Mile and the Esplanade, passing the security check at the first gate and then purchasing your tickets before passing through the second gate.

Get directions to St Margaret's Chapel.